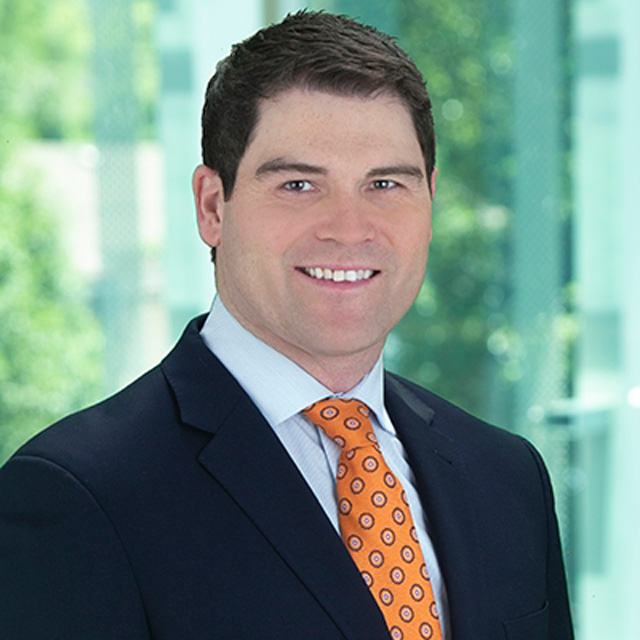 After he’d retired from professional hockey, Jason Platt decided his next career would be as a financial advisor when a close friend was killed by a deer he’d struck with his car, causing it to crash through the windshield.

The deceased was a newlywed who had just bought a home and had no financial plan.

“The situation was absolutely horrendous,” Platt, an advisor and vice president at Ameriprise Financial Services, tells ThinkAdvisor in an interview.

At the time, an advisor told him: “Everybody thinks a financial advisor is strictly for investments. That’s a portion of it, but there’s a whole other world that we deal with, and these things come up,” Platt recalls.

An advisor for 13 years now and managing around $50 million in assets from Cranston, Rhode Island, he joined Ameriprise in November 2020 from Citizens Investment Services. Among other firms, he’d been with Merrill Lynch.

Platt played hockey for five years for teams including the Edmonton Oilers and Belmont (Ontario) Rangers.

He maintains that his first and second careers have at least one definite similarity.

In hockey, “there are a lot of ups and downs. You have a lot of failures, and you need to learn from them and move on very quickly because there’s always something new [occurring].”

He continues: “The same goes for being an advisor. You’ve got to keep on a fairly even keel because something is always coming up” too.

In the interview, Platt, 41, discusses that “a meeting of minds” between client and advisor needs to exist on the level of risk a client is “willing to take on to meet their defined goals and objectives” in retirement.

A financial plan is critical for that, he says, and he uses it as “a blueprint” to put together an income strategy that aligns with those goals.

Platt asks five multiple-choice questions to encourage clients to open up about how much risk they’re willing to assume, then digs beyond those.

“Every client is different in terms of how they interpret risk,” he notes.

Born in San Francisco, Platt played hockey from ages 22 to 28. In his first year, he suffered a brutal injury in a fight that required a permanent metal plate to be inserted in his face after his opponent’s fist smashed his orbital bone, which protects the eyes.

He took off a couple of weeks while the plate “form[ed] into [his] face,” he recalls. Then he resumed playing; and “everything was fine from there,” the advisor adds.

In 2009, he retired and started work right away as an advisor with Baystate Financial.

ThinkAdvisor recently interviewed Platt, who was speaking by phone from Cranston.

It took his father, a retired finance and economics professor, a decade of his being an advisor to “trust [his son] to be his financial advisor,” Platt allows.

Now, “he’d be the first to say that one of the best decisions he made was turning his money over to me,” Platt says.

Here are highlights from our conversation:

THINKADVISOR: You played professional hockey for five years from ages 22 to 28. That’s such a rough game. Did you get badly injured?

JASON PLATT: I can promise you it’s very rough. I have a permanent plate in my face from a hockey fight: a fist ended up hitting me in the face and smashed my orbital bone during my first year of playing professionally.

I took a couple of weeks off because the metal plate needed to form into my face.

But then I started playing again, and everything was fine from there.

Why did you leave hockey?

It was a combination of injuries, and you only have so much time to try to stake a name for yourself — or else you get pushed out.

I was very close but not quite there. It was time to move on to the next thing.

Has your career as a pro athlete helped you as a financial advisor?

Playing professional hockey, there are a lot of ups and downs. You have a lot of failures and you need to learn from them and move on very quickly because there‘s always something new [occurring], whether it’s a bad game, or whatever.

It’s the same being an advisor: You’re going to have tough days, based on market performance or a relationship with a client or simply making a mistake in terms of how you’re running your practice and getting money to a client on time.

So you’ve got to keep on a fairly even keel because something is always coming up.

Hockey definitely prepped me for that.

Why did you choose financial advisory for your second career?

Originally, I was interviewing with PricewaterhouseCoopers. I thought I’d be in the accounting industry. But during the interview process, something happened: One of my best friends hit a deer while driving home one night.

The deer went through the windshield and killed him on impact. It was horrible.

How to Qualify for Biden’s Student Loan Debt Forgiveness

New Economics Podcast: How we win a new economy – a hot strike summer?

New Economics Podcast: How we win a new economy – a hot strike summer?