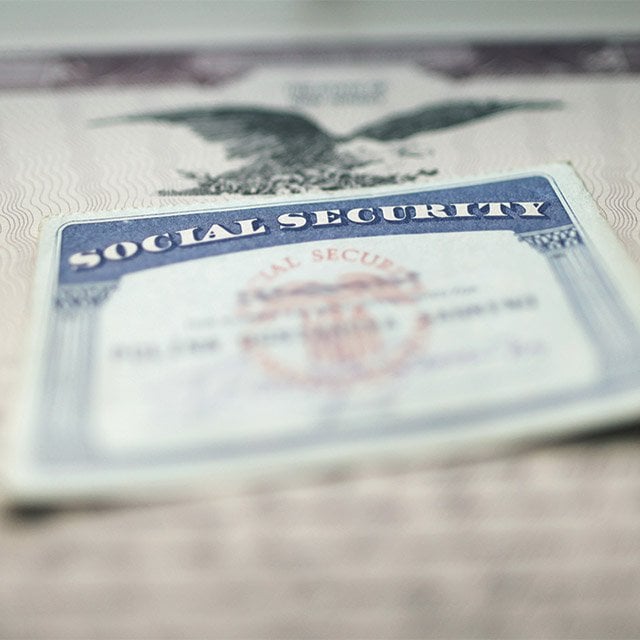 Few millennials expect Social Security to play a significant role in their retirement.

The Social Security Administration’s most recent report, issued in June, shows that, if no changes are made to the program, it will only be able to pay 80% of benefits for all beneficiaries beginning in 2035.

If substantial actions are deferred for several years, the changes necessary to maintain Social Security solvency would be “concentrated on fewer years and fewer generations.” Since cutting benefits for existing retirees is unlikely, millennials could, in the worst case, face more significant benefit reductions.

Millennials, who will start turning 65 almost a decade later, in 2045, have good reason to be concerned.

But as the numbers from our white paper “Social Security Benefits: What Should Millennials Expect?” show, although they and their advisors should plan on receiving lower benefits than previous generations, Social Security is likely to play a bigger role in their retirement than most are anticipating.

Given the popularity of the program, there is every reason to believe that Congress will act to either increase taxes, make changes that will reduce benefit payouts, or a combination of both.

Although politically challenging, the Social Security Administration report notes that a payroll tax increase of around 4% (2% for both employees and employers) would address its funding shortfall.

Raising the payroll cap on Social Security from $147,000 — a potentially easier pill to swallow — would also increase revenue for the program.

Changing full retirement age (FRA) from 67 to 69, and/or delaying early claiming from 62 to 65, would enable Social Security to improve solvency — and potentially pay 100% of promised monthly benefits for millennials.

Putting these changes into context, delaying FRA to age 69 alone would decrease total lifetime benefits by $210,000 for a 35-year-old millennial earning $100,000 today and living to average life expectancy.

With around 70% of Americans claiming Social Security before their FRA, changing the claiming age to 65 from 62 would further reduce benefits for millennials.

The key question for advisors and their millennial clients is what they should plan on receiving from Social Security in retirement.

And the follow up question is: How much extra would a millennial need to save to close this potential income gap?.

Given the range of potential scenarios, we believe Social Security’s current expectation that it will be able to pay 80% of benefits in 2035 is a reasonable starting point for planning purposes.

The Run From REITs Is ‘Overdone’: Morningstar Analyst

7 Reasons Friends Want to Do Business With You

Should You Sell Your House or Rent It Out? — Things to Consider

Things Are Clear as Mud

Should You Sell Your House or Rent It Out? — Things to Consider