Jay Powell warns US recession is ‘certainly a possibility’ 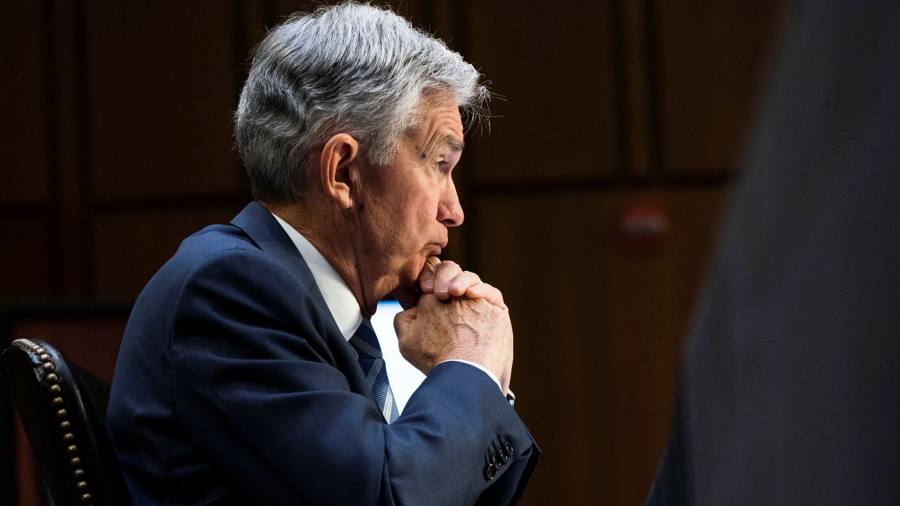 Jay Powell said a US recession is “certainly a possibility” and warned that avoiding a downturn now largely depends on factors outside the Federal Reserve’s control.

In testimony to the Senate banking committee on Wednesday, the Fed chair acknowledged it was now more challenging for the central bank to root out soaring inflation while maintaining a strong job market.

He argued the US was sufficiently resilient to withstand tougher monetary policy without sliding into a downturn but acknowledged that outside factors, such as the war in Ukraine and China’s Covid-19 policy, could further complicate the outlook.

“It’s not our intended outcome at all, but it’s certainly a possibility,” Powell said, responding to a question about the risk the Fed’s plans to raise rates this year could lead to a recession.

He added that because of the “events of the last few months around the world”, it was “now more difficult” for the central bank to achieve its goals of 2 per cent inflation and a strong labour market.

“The question of whether we are able to accomplish that is going to depend to some extent on factors that we don’t control,” he said, in a reference to soaring commodity prices stemming from Russia’s invasion of Ukraine and clogged-up supply chains because of China’s lockdowns.

Lawmakers pressed Powell several times about the burden imposed by the Fed’s recent moves to combat inflation, now at 8.6 per cent, the highest in four decades. The central bank last week put in place the biggest interest rate increase since 1994, signalling its support for what is set to be the most forceful campaign to tighten monetary policy since the 1980s.

“You know what’s worse than high inflation and low unemployment? It’s high inflation and a recession with millions of people out of work,” said Elizabeth Warren, the progressive Democratic senator from Massachusetts. “I hope you will reconsider that before you drive this economy off a cliff.”

Powell said in a separate exchange there would be considerable risks if the Fed did not act to restore price stability, with inflation becoming entrenched.

The yield on the US two-year Treasury, which moves with interest rate expectations, fell 0.1 percentage points to 3.06 per cent. US stock indices closed marginally lower, with the S&P 500 down 0.1 per cent.

Concerns about a possible recession have grown with worse than expected inflation data this month. While Powell maintained that the US economy is “very strong and well positioned to handle tighter monetary policy”, he acknowledged further inflation surprises “could be in store”.

“We therefore will need to be nimble in responding to incoming data and the evolving outlook, and we will strive to avoid adding uncertainty in what is already an extraordinarily challenging and uncertain time,” he said.

Traders have priced in the benchmark federal funds rate reaching roughly 3.6 per cent by the end of the year, an increase that has caused a broader rise in borrowing costs globally. Powell on Wednesday said the tightening of financial conditions is having its intended effect and damping demand.

His testimony comes at a critical moment for the White House, which is contending with rising expectations of a sharp slowdown in growth ahead of November’s midterm elections. Many economists have since pencilled in a recession by next year.

“There’s nothing inevitable about a recession,” president Joe Biden told reporters this week — a message also sent by Janet Yellen, the Treasury secretary, and Brian Deese, the director of the National Economic Council.

Fed officials have begun to prepare market participants for at least one more 0.75 percentage point rate rise at their next meeting in July. Powell on Wednesday said the Fed needs to see “compelling evidence” that inflation is moderating before it relents on its drive to increase interest rates.

He said future decisions about the Fed’s actions will be decided “meeting by meeting”.

Want to become a first-time home buyer in B.C.? These three steps can help