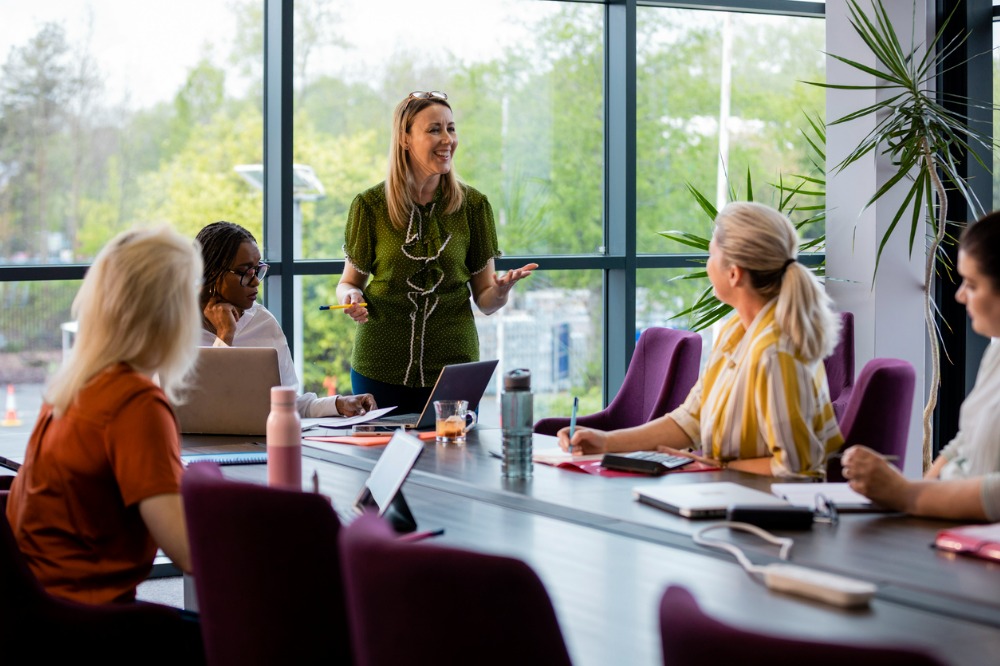 Historically, women have faced greater barriers than men in the workforce—and the brokerage business is no different. Disparities between women and men continue to persist, as evidenced by pay gaps, uneven opportunities for advancement, and lack of representation at the top. So how do we increase women in leadership roles in brokerages? Here is everything you need to know.

Why is it important to have more women in leadership roles?

In a purely business sense, it is important to have more women in leadership roles because it improves profitability, performance and productivity, according to research conducted in 2020. The research found that companies that have more female leaders, i.e., women in key management roles, earned more money and increased market value.

Women also bring a different perspective and approach to business than their male counterparts, which results in a more inclusive workplace and often higher performing companies. Having women in leadership roles is particularly critical. In a recent study conducted in the US, the majority of American men and women alike said that mentors that supported them in the workplace were the same gender as they were, which suggests the need for more women in top positions. The study found that 64% of women who had mentors in the workplace said their mentor was another woman. That number rose to 72% among millennial women who had mentors in the workplace. By contrast, 37% of women said they had male mentors.

Having strong support – the most crucial element to empower women

One of the most crucial elements to empowering women in the broking industry is strong support. This includes not only attracting women to broking but helping to ensure women remain in their new careers. A 2021 report from the MFAA’s Opportunities for Women found that the number of female brokers had fallen by over 11%. As of March 2020, the proportion of female brokers to male brokers had dropped by nearly 27%. These numbers show how important it is to support female brokers and senior women in finance.

Nicole Triandos, head of strategic partnerships, broker distribution, NAB, has worked in the banking and finance industry for more than 20 years. Triandos cited working alongside strong female role models helped her not only break into the business but flourish. “Going forward, we need to place more emphasis on women supporting other women,” she told Australian Broker. “We now also have more female role models to act as inspiration for the next generation of brokers and bankers. Through networking, education and role models, the shift in the balance will continue to build momentum.”

Simone Tilley, general manager of retail broker, ANZ, agreed. Tilley is a signatory to the 40:40 Vision initiative, which promotes gender balance in senior leadership at ASX 200 companies by 2030. “We’re encouraging more women to become brokers and to help retain talent in the industry,” Tilley told Australian Broker. “More broadly, it’s important to highlight the economic benefit that diversity can bring our industry.”

The importance of creating opportunities for women

That is why Jane Counsel—who provides leadership training, coaching, and diversity and inclusion consulting services through her company Jane Counsel & Associates—helped to set up MFAA’s Opportunities for Women program as its lead adviser. The MFAA worked on a pilot peer-to-peer support program for women that aimed to give career advice and professional support.

“(It’s) a really good opportunity for people to share their stories and say, ‘I’ve been in your shoes, and this is how I managed that challenge that you have,’” Counsel said. “If we’re going to move the dial around diversity, what are the things we can do to support each other as your aggregator, as a broker, as someone with influence in this industry? We’re hoping some solutions might emerge.”