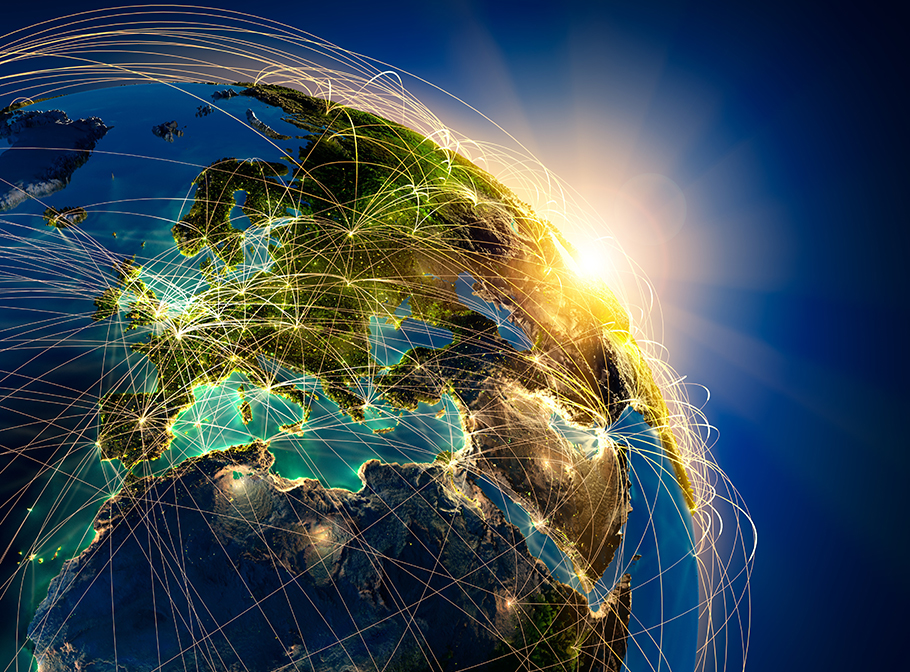 It is certainly not a mystery that the Fed’s monetary policy is of great importance for financial markets and the global economy. However, in a recently published Staff Working Paper, we show that the Fed’s monetary policy measures are not the only valuable piece of information contained in the Fed’s announcements. Changes in the Fed’s economic assessment drive investors’ risk behaviour and international capital allocation decisions. Through this channel, changes in Fed views can affect financial conditions and economic activity in the rest of the world, independent of policy actions.

In order to properly understand this mechanism, let’s take a step back. There are two main reasons why the markets listen very carefully to what the Fed is saying. First, because announcements can help them to understand the future trajectory of monetary policy. Second, because the announcements contain valuable information to understand the current developments of the US economy. The monetary policy component of central bank communication has been the main dimension analysed by the academic community. Over the years, an important literature has documented that the announcements of the Fed’s monetary policy measures typically have large international effects, affecting equity prices, bond yields, and exchange rates. Furthermore, the academic literature has highlighted that these effects can propagate to the global economy. However, in our work, we show that the monetary policy dimension is not the only important aspect to take into account. Changes in the Fed’s economic assessment, independent of policy actions, can also have important effects on the global financial markets and the global economy.

Economists use the expression ‘central bank information effect’ to refer to the idea that central banks’ views can affect financial markets, and, ultimately, the real economy. In order to study the international spillovers of these two components on global markets and the global economy, we proceed in two steps. First, we need to distinguish between which unexpected interest rate movements are due to monetary policy shocks (deviations from the central bank’s reaction function) as opposed to changes to the Fed’s outlook. Second, we study the response of our variables of interest to each one of these two components.

Recent research by Marek Jarocinski and Peter Karadi has shown that the monetary and information components of central bank communication can be disentangled based on their effects on the domestic equity market. That’s because, on one hand, positive monetary policy shocks result in a decline in equity prices, while on the other, positive information shocks result in a rise in equity prices. These two components of central bank communication have profoundly different implications, both on the domestic and the global economy. In the domestic economy, positive monetary shocks are associated with a policy rate increase, which contracts economic activity and reduces stock prices. In contrast, positive information shocks are accompanied by an upward revision of output and inflation expectations, and are associated with a rise in equity valuations and more contractionary policies compared to expectations. However, the open economy consequences of central bank information releases have been so far only little-explored.

The global spillovers of the Fed information effect

Our paper is one of the first in this area to evaluate how exchange rates and capital flows respond to the Fed’s information releases, and the first to identify the presence of global spillovers from the Fed Information effect. In order to do that, we have estimated the high-frequency response of the US dollar to the monetary and information components of the Fed’s communication against a panel of 28 floating currencies from developed and emerging markets. Similarly, we have studied the response of investors’ risk behaviour, market-implied volatility, and capital flows in response to these announcements. Lastly, to shed light on the propagation and the transmission mechanisms of these shocks to the global real economy, we have exploited the high-frequency co-movement in interest rates and equity prices to identify the VAR response of cross-border credit and global GDP. In our paper, we find that that the US dollar tends to depreciate in response to a policy rate increase associated with an improvement of the economic outlook. We show that this happens because the Fed’s announcements affect investors’ risk appetite. The change in investors’ risk behavior affects the value of global safe-haven currencies, risk premia, cross-border credit, and, ultimately, global economic activity. In Chart 1, we show the response to Fed monetary and information shocks of some key variables for the transmission of these shocks. On the left hand side, we present the estimated responses to monetary shocks. A 50 basis points increase in the Federal funds rate triggers a rise in the market-implied risk aversion of 0.2%. Due to the rise in interest rates, the cross-border credit to the rest of the world initially increases, but then persistently declines up to -0.5%, probably due to the increased risk aversion of the banking sector. This contraction in cross-border credit is associated with a global recession, specifically a fall of 0.12% in global GDP. On the other hand, in response to a positive information shock associated with a 50 basis points increase in the federal funds rate, market risk aversion decreases by 0.2%. As a response, cross-border credit to the rest of the world persistently increases by 0.6%, driving a global GDP response of approximately 0.1%.

Our findings suggest that Fed information shocks drive flight-to-quality dynamics. When the Fed reveals negative news about the state of the US economy (and cuts the interest rate), investors move capital from emerging markets to financial safe havens, with negative spillovers on foreign economies. On the other hand, when the Fed reveals positive news about the state of the US economy (and raises the interest rate), investors and banks revise their beliefs in favour of a global expansion, and move capital towards the rest of the world, seeking higher yields, with positive spillovers to foreign economies. This occurs as a result of a reduction in investors’ risk aversion, associated with a positive central bank information shock. These capital flows affect credit dynamics in the rest of the world, and therefore affect global economic activity.

In sum, from a global perspective, the Fed’s views about the US economic outlook are not only important for providing an indication of the evolution of its monetary policy stance. The Federal Reserve’s economic outlook has independent informational value for the markets, in and of itself. These considerations assume even greater relevance when the economic outlook is characterised by a high degree of uncertainty, as in the current situation. That is because, in uncertain times, the market might rely more heavily on central bank guidance. Changes in the Fed’s view about the future pace of the economic recovery, or the trajectory of inflation, can have significant effects on global financial markets and the global economy, including the UK.

If you want to get in touch, please email us at bankunderground@bankofengland.co.uk or leave a comment below.

Comments will only appear once approved by a moderator, and are only published where a full name is supplied. Bank Underground is a blog for Bank of England staff to share views that challenge – or support – prevailing policy orthodoxies. The views expressed here are those of the authors, and are not necessarily those of the Bank of England, or its policy committees.

Why You Should Colour-Code Your Budget This Holi | BankBazaar

Efficiently green? What a simple metric can tell us about banks’ exposure to energy price shocks and the transition to a green economy –...

What To Do With Your Tax Refund: 10 Money Moves