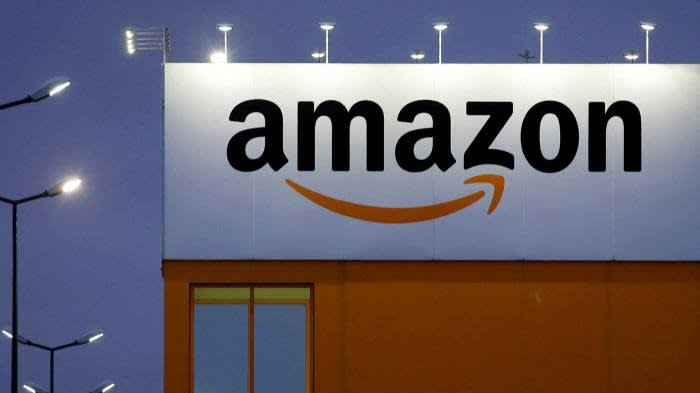 Good morning. This article is an on-site version of our FirstFT newsletter. Sign up to our Asia, Europe/Africa or Americas edition to get it sent straight to your inbox every weekday morning

Good morning and happy Friday. How well did you keep up with the news this week? Take our quiz.

Stocks on Wall Street slid by the most in almost a year yesterday after a disappointing earnings report from Facebook parent Meta reverberated through the market.

The S&P 500 index fell 2.4 per cent, its biggest drop since February 2021, driven largely by falls in tech stocks that dominate the blue-chip US index. The slide ended a four-day rally and took the S&P’s declines this year to 6.1 per cent.

Investors were shaken by Wednesday’s results from Meta, sending the company’s shares down 26.4 per cent and wiping more than $230bn off its valuation, an unprecedented single-day loss for a listed company.

It was the social media group’s worst day on the stock market since going public in 2012 and one of the biggest one-day declines in a company’s market value on record.

“Fingers have been hovering over the sell trigger for the tech sector,” said Gregory Perdon, co-chief investment officer at Arbuthnot Latham. “So when you get an announcement like [Meta’s], investors see the beginning of the end.”

However, stock markets have risen today in Asia and Europe and futures trading points a higher open on Wall Street today.

The turnround in sentiment was helped by results from Amazon. Strength in Amazon’s cloud computing division offset weaker than expected sales in the fourth quarter and the decision to increase the price of its Prime subscription service which the online retailer put down to “wages and transportation costs”.

The results triggered a rally in Amazon shares which rose 15 per cent in after-hours trading. If those share price gains hold in regular trading today, it would be the company’s biggest one-day share price rise since October 2009. On another manic day of trading in the technology sector yesterday, Amazon shares closed down 7.8 per cent.

Thank you to all those readers who voted in yesterday’s poll. More than a third of you are considering moving jobs. Here’s the rest of today’s news — Gordon

Five more stories in the news

1. US says Russia plotting to fabricate pretext for Ukraine invasion The US yesterday accused Russia of circulating a “propaganda video” with graphic images of a mock explosion to fabricate the pretext for an invasion of Ukraine. Recep Tayyip Erdogan, meanwhile, signed a deal to deepen Turkey’s defence co-operation with Ukraine as Russia’s troop build-up continues.

3. Bored Ape start-up in investment talks with Andreessen Horowitz Yuga Labs, the start-up behind Bored Ape Yacht Club, is discussing new financing with Silicon Valley venture capital firm Andreessen Horowitz that would value it at between $4bn and $5bn. The non-fungible token collection counts celebrities such as Gwyneth Paltrow and Snoop Dogg as owners.

4. Isis leader dies during US raid Joe Biden said Abu Ibrahim al-Hashimi al-Qurayshi was killed by an explosion as the US president gave details of a special forces night-time raid on the Isis leader’s hide-out in north-western Syria. Isis founder Abu Bakr al-Baghdadi was killed in similar circumstances in 2019.

5. IMF defends Argentina debt restructuring deal Kristalina Georgieva, managing director of the IMF, yesterday defended its outline deal with Argentina to restructure $44.5bn of debt from a record 2018 bailout, despite mounting criticism over the plan to rescue the country’s struggling economy.

US employment The Biden administration is bracing for a bleak January jobs report, with growth expected to have slowed and the unemployment rate to have steadied at 3.9 per cent after several months of rapid declines as a wave of Omicron cases sidelined workers and shuttered businesses.

Pharmaceutical company earnings Drugmaker Bristol-Myers Squibb is scheduled to report fourth-quarter results and is expected to post a higher profit than last year on increased sales of its cancer drugs Revlimid and Opdivo. Regeneron Pharmaceuticals’ investors will look for commentary on its Covid-19 monoclonal antibody treatment when it releases results. Last month the FDA rescinded its authorisation.

Beijing Winter Olympics Vladimir Putin and Xi Jinping presented a united front in talks just hours before the opening ceremony of the Beijing Winter Olympics. In a joint statement they highlighted Sino-Russian opposition to any further expansion of Nato, or new blocs in the Asia-Pacific region.

What else we’re reading and listening to

Why real inflation is so hard to measure While the current average level of UK inflation is 5.4 per cent, a poverty campaigner pointed out that baked beans in her local supermarket had gone up from 22p to 32p in a year. When it comes to inflation, we need to fill the gaps in our knowledge, writes Tim Harford.

Venture capital’s new race for Europe The continent has been slow to develop tech unicorns. But tech ecosystems are like start-ups: winners advance exponentially, with each step forward making the next easier. Can Silicon Valley’s creativity and cash spark a winning streak?

‘After the Tories ditch Johnson, they need to reset their values’ Boris Johnson’s premiership has been largely spent sabotaging his own “oven-ready” Brexit agreement and mismanaging Covid-19. It’s time to write his political obituary, says Simon Kuper.

Japan’s Olympic recycling success The Tokyo Summer Games marked the first time that all 5,000 gold, silver and bronze medals were made from recycled materials, the result of an unprecedented urban mining project underpinning what Japan hailed as a uniquely sustainable Games.

Is the Orban era coming to an end? In the latest episode of the Rachman Review, Gideon Rachman talks to Hungary’s opposition leader Peter Marki-Zay about his chances of overcoming Viktor Orban and his Fidesz party’s powerful political machine in April’s elections.

Thank you for reading and remember you can add FirstFT to myFT. You can also elect to receive a FirstFT push notification every morning on the app. For more of the Financial Times, follow us on Twitter @financialtimes.

Recommended newsletters for you

FT Asset Management — The inside story on the movers and shakers behind a multitrillion-dollar industry. Sign up here.

The Week Ahead — Start every week with a preview of what’s on the agenda. Sign up here.