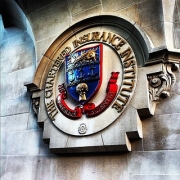 Campaigners calling for the CII to launch up an independent review of its finances and operations claim they have been blocked from tabling a motion urging a review at the upcoming CII AGM.

They also claim the CII is blocking their right to submit motions to the CII AGM, due to take place on 4 October, by time barring the motion.

The CII has told the campaigners, some of them former CII Vice Presidents, that the motion was submitted too late to be included at the AGM.

The body says the motion may also not meet the requirements to be treated as an ‘emergency motion’.

The campaigners want an independent review of the CII’s finances and alleged chronic exam and operation ‘underperformance.’

The campaigners says the CII announced on 2 September that it was holding its next Annual General Meeting on 4 October but following the submission of a motion proposed by members this week, the AGM announcement appears to have been backdated to 31 March, allowing the CII to use a bye-law to block motions not submitted 90 days prior to the AGM.

In the recent past the CII has confirmed that its finances had been hit by the pandemic which led to a drop in exam and event income, key revenue generators for the body.

Campaigner Branko Bjelobaba, CII Past President, said: “Many members have expressed serious concerns regarding decisions made in the recent past that continue to cause concern. It is important that members, and those of us that serve in local institutes, receive very straight answers to very straightforward questions. I have therefore tabled a motion requesting an independent review and clarity over the concerns we have.”

Mr Bjelobaba added: “It is the opaqueness of what has happened that concerns me. The CII refuse to say what is theirs and what belongs to the PFS.  The fact that they tried to de-register them (the PFS) last year speaks volumes.”

Another campaigner, Robin Melley, Deputy President of Shropshire and Mid-Wales local CII institute, said: “It would be a very concerning issue if the CII has deliberately manipulated communication dates to deny members of the opportunity to be heard. If we collectively can’t question and trust the the integrity and honesty of the CII board, then it is a very sad time in our long history.”

20 Inexpensive Gifts For The Woman Who Has Everything!

How the PSLF Limited Waiver could benefit you