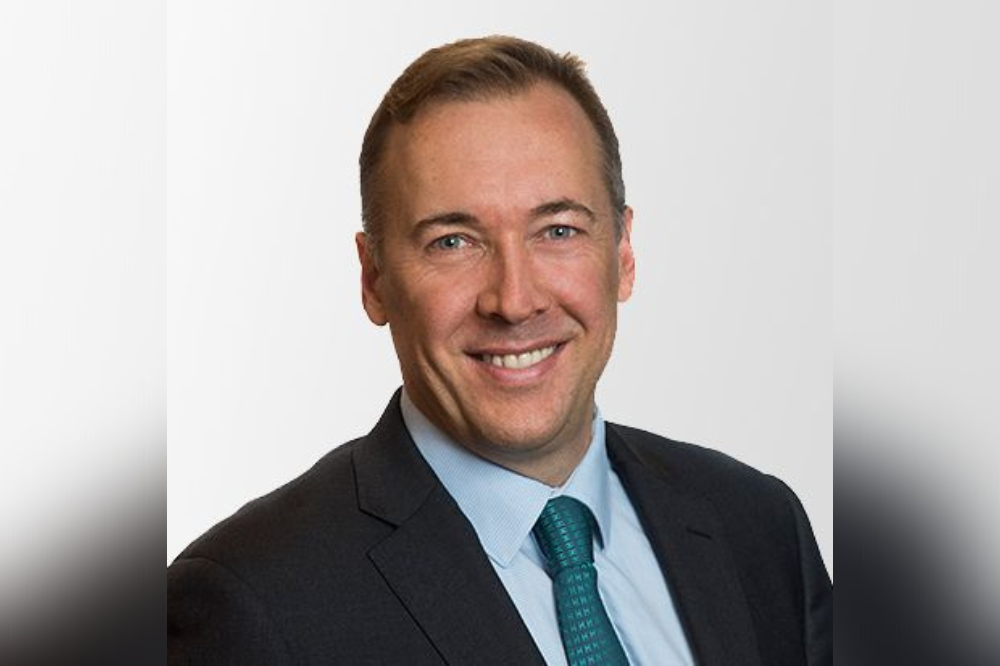 The Commonwealth Bank of Australia is the first of the big four banks to announce it will increase its home loan variable interest rates by 0.50% per annum.

CBA says  it will also  increase the interest rates on select savings products by 50 basis points.

The move follows the RBA’s cash rate decision on Tuesday to lift the official cash rate by 50 basis points. On Wednesday, Macquarie Bank announced that it would pass on the full double RBA hike to borrowers – the first major bank to do so.

CBA group executive, retail banking Angus Sullivan (pictured above) said CBA had been helping customers understand the changing rate environment and what it meant for them and would continue to be there for them.

“We have a range of tools to help our customers manage their money including Spend Tracker in the CommBank app,” Sullivan said.

“Customers can also manage their mortgage repayments online and align them to when and how often they are paid.”

Sullivan said for those customers looking for greater certainty around their future mortgage repayments, from  August 5 and for a limited time, CBA would offer a special four-year owner occupier principal and interest fixed home loan package rate of 4.99%.

“This special is a reduction of 1.60% p.a. from our current four-year fixed package rate and has been rolled out specially to support customers looking for certainty in a changing rate environment,” he said.

“Customers can contact us via the CommBank app or connect with a home lending specialist to explore the different support options available, including how using rate lock can help to secure the four-year fixed rate special offer.”

The comparison rate for the new four-year fixed package rate is 5.46% p.a.

The new home loan variable interest rates will take effect on August 12 and customers will be able to see their new interest rate in the CommBank app or online via NetBank the day after the change has gone live.

CBA will also increase its NetBank Saver standard variable interest rate by 0.50% to 0.85% and the five-month introductory variable rate will increase by 0.50% to 1.80%.

“We want to support our customers where we can and that includes increasing select deposit rates so they can achieve a better return on their savings and manage any pressures to their family budget associated with cost of living,” Sullivan said.

“We will also continue to review our savings rates and other offers to see how we can best support our customers during this time. The new term deposit will be available from August 8, while the new NetBank Saver rate will take effect on August 12.”

Customers will be able to see their new interest rate on the CommBank website.

Read more: Macquarie to pass on the full double RBA hike to borrowers

Meanwhile, Macquarie Bank said it would lift its variable rates for new and existing customers by 0.5 percentage points from August 12, taking the bank’s lowest variable rate for owner-occupiers to 3.69%.

No One Should Be Buying Single-Stock ETFs

How to afford moving out as a student or young adult

No One Should Be Buying Single-Stock ETFs