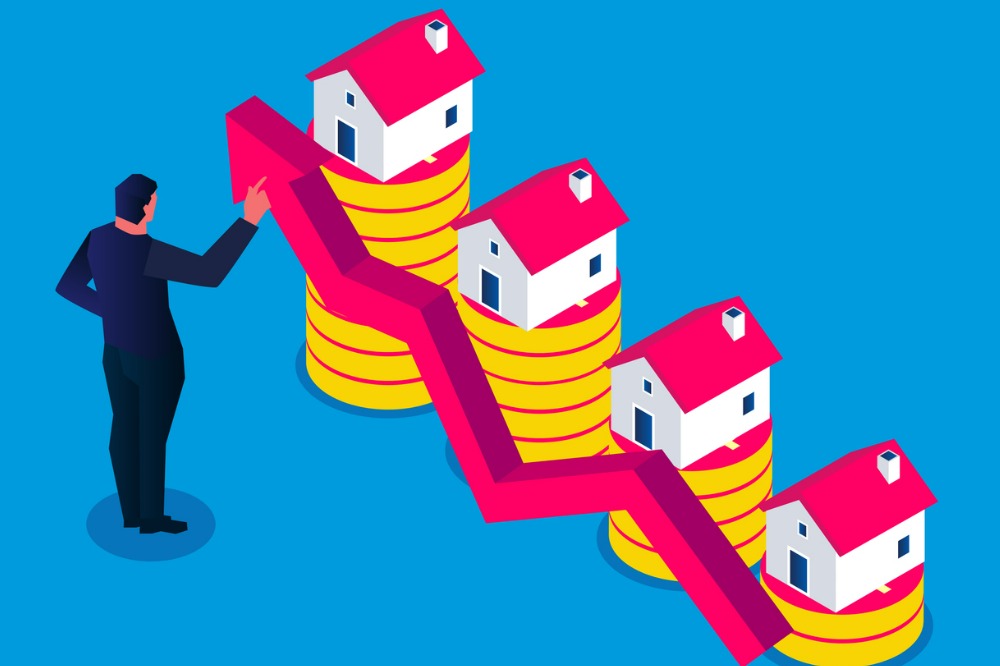 Potential home buyers could benefit from rising interest rates as they reduce the price of housing enough, ultimately resulting in lower mortgage payments.

This was according to Reserve Bank of Australia Assistant Governor Jonathan Kearns, who said the 225 basis points of rate hikes already delivered could slash at least 15% off prices over a two-year period, while also cutting borrowers’ maximum loan size by around 20%.

TheRBA has been slammed for hiking rates for five consecutive months to 2.35%, after it forecasted last year that rates were unlikely to increase until 2024.

As a result, the housing market has rapidly cooled, with data from CoreLogic showing prices nationally dipped 1.6% in July from June – the largest monthly drop since 1983. This dragged annual price growth down to 4.7%, compared to a peak above 21% late last year.

Speaking at a housing conference on Monday, Kearns also noted that around 35% of housing credit is fixed-rate debt, and that these borrowers would not see their interest expenses and loan payments rise until that fixed rate expired, likely from next year on.

Kearns stressed that many factors aside from interest rates that affected house prices, including income growth, migration, and building costs.

“So overall we know that higher interest rates will tend to depress residential and commercial property prices but there is considerable uncertainty about the magnitude and even the timing,” Kearns told Reuters.