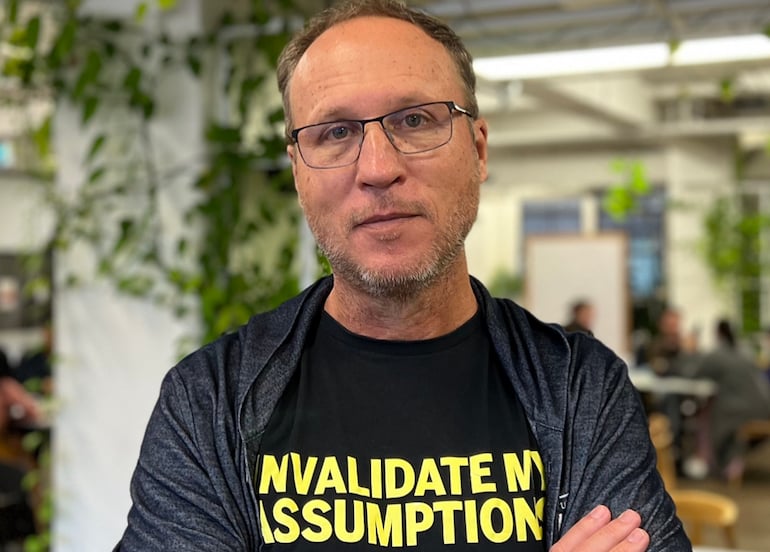 The organisation marked a decade of operation last year, and has received strong support from the NSW government to help it survive the pandemic lockdowns.

Earlier this year it launched theTech for Good Awards to recognise startups harnessing technology to help solve some of the biggest challenges faced by people and the planet.

Jones took up his role as interim CEO on Friday.

“I’m absolutely stoked to join Fishburners and the wicked-smart, hard-working team who support the members of Australia’s best startup community,” he said.

“As an ex-product manager, accelerator mentor, angel and venture investor, Fishburners has been part of the origin story of so many of the great startup people and companies I know.”

Jones said his Fishburners story began a decade ago, trying to find the entrance at the old Harris Street site “before there was even a sign over the door” – it’s now based at the Sydney Startup Hub on York Street in the CBD.

“In the years since, I’ve connected to Fishburners in many guises; as a hot desk member, a full-time member, a pitch judge, a mentor and a marketing partner with Fishburners,” he said.

Jones said the pandemic lockdowns had triggered many changes over the last two years, which in turn affected how and where Australia’s startup community works.

“However I’ve only just started and I can already see Fishburners coming back out of a difficult period of adjustment, as a stronger and more efficient organisation than before, which will always mean more value for the startup people who are part of our community,” he said.

“I’d also like to thank outgoing CEO Nicole O’Brien for leading Fishburners through the most challenging period in its history. We wish her well in the next step on her journey.”

NOW READ: Entries for the Fishburners Tech for Good Awards are now open

Issue #4: This week’s 5 most popular stories, tools, ideas, and books

Davide Pisanu: The hidden costs of death are hurting us all

3 Tips to Own Your Starter Home

Davide Pisanu: The hidden costs of death are hurting us all